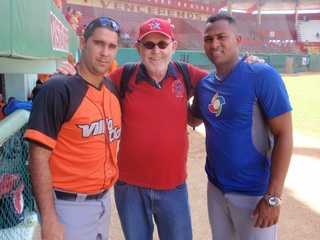 For almost two decades now Peter Bjarkman has been hot on the trail of Cuban baseball, chasing after both its luminous history before the 1959 Fidel Castro-led revolution and its often-obscure contemporary realities of the post-revolution era. The writer known as the “Bill James and Peter Gammons of Cuban baseball” made his initial fact-finding trips to Castro’s forbidden island nation with photographer Mark Rucker in the aftermath of the 1996 Atlanta Olympics. Across the succeeding 17 years he has logged fifty-plus visits and ventured into virtually every hidden by way of an anachronistic Communist bastion that today stands continually on the cutting edge of history and Cold War politics. And here for the first time the well-travelled author provides detailed accounts of his Cuban adventures and thus provides an unprecedented insider’s portrait of the island’s national pastime as it today struggles for both survival and continued international prominence.

Others have penned engaging travelogues recounting their eye-opening and often mind-bending journeys throughout Castro’s Cuba. Numerous previous authors like Tom Miller, Zöe Brân, Andrei Codrescu, James Michener and Carlo Gébler have chronicled visits normally spanning only a few months (as with Tom Miller’s ground-breaking Trading with the Enemy), or a perhaps only a few weeks, or even as little as six days (in the case of Michener). By contrast Bjarkman’s unique travelogue is drawn from dozens upon dozens of return visits spread across a wide span of gradual social, economic and political changes that have marked the final years of Fidel’s near half-century in power and the opening decade of Raúl Castro’s tenuous experiments in modified survivalist socialism.

The focus of Bjarkman travels has remained squarely fixed on Cuba’s contemporary domestic baseball scene – an arena that is both the source of an engaging alternative diamond universe untouched by corporate big league baseball and also a wellspring for the recent flood of highly celebrated “defectors” now enriching stateside major league play. But his adventures have also opened enduring personal contacts with Cubans from all walks of life, everyday citizens of a “revolutionary” society heroically struggling to survive within the island nation’s harsh late-twentieth and early twenty-first century economic and social realities. The result is an examination of Cuba both on and off the baseball diamond from a perspective rarely granted to North American visitors.

Bjarkman’s special access in Cuba has drawn considerable main-stream media attention over the years here in the United States. He has been continually quoted by numerous print and electronic media outlets for reports on high-profile Cuban League “defectors” debuting in the major leagues; his columns on the popular www.BaseballdeCuba.com website have remained a valued source of information on island baseball developments and on the potent Cuban national team. When renowned TV chef Anthony Bourdain took his Travel Channel “No Reservations” show to Havana in March 2010, Peter Bjarkman was at his side as the featured Cuban baseball guide and knowledgeable insider. During November 2010 the conservative-leaning Wall Street Journal profiled Bjarkman with a front-page story stressing his remarkable insider’s perspective on the island national pastime and also highlighting the considerable furor this access has generated among a North American Cuban exile community. As reported by WSJ writer Christopher Rhoads, many transplanted Miami Cubans prefer to see the author as “a stooge and shill for the Cuban government” and as one who glosses over realities of a failed revolution to protect his own special access. In brief, while some chose to see Bjarkman “as doing for Cuban baseball what Ry Cooder has done for Cuban baseball” … still others “consider him akin to John Reed, the controversial American journalist whose leftist sympathies allowed him into the Bolshevik inner circle to chronicle the 1917 Russian Revolution.”

With this new volume – part-travelogue and part baseball history – Bjarkman not only tells his own side of the story but also exposes a Cuba that few Americans have been privileged to experience and judge first-hand. The Yanqui in Cuba’s Dugout chronicles the author’s numerous informal conversations with Cuban baseball officials, relives encounters with star ballplayers who have become his personal friends and confidants, and recounts often contentious debates with fanatic fans from all walks of Cuban daily life. The narrative is crammed with surprising (often even mind-bending) events witnessed both on and off the playing field and rarely imagined in a sanitized world of American professional baseball. Within twenty chronologically arranged chapters, Bjarkman tackles the complex and controversial issue of ballplayer defections, reveals the pros and cons of a socialist baseball system that eschews both player free agency and the corporate business model ubiquitous thorough other baseball-playing nations, and offers Cuban ballplayers’ own outspoken views on why some stay and others leave a restrictive baseball culture that has both trained and nurtured them. Throughout these pages the author lays bare numerous myths surrounding a contemporary island national pastime he zealously defends as a true Golden Age. And in the process we discover precisely why he prefers Cuba’s non-commercial approach to baseball as an instrument of national and community pride and a “socialist right of the people.”

The book is filled with numerous anecdotes revealing behind-the-scenes developments not previously available to those who view Cuban baseball from the outside. Among the previously buried events recounted here for the first time is a controversial suspension of idolized star outfielder Freddie Cepeda, the result of an unlikely September 2010 cloak-and-dagger scene staged in Puerto Rico with the author himself smack in the middle of the unfolding drama. Bjarkman reveals the nuts and bolts operations of Cuban security struggling overseas to protect national team stars from hordes of vulture-like MLB player agents; he reveals how top Cuban players live both at home and on road trips abroad; and he lays bare the often horrendous playing conditions found in today’s island ballparks. Found here is the backstory surrounding the ground-breaking 2011 Havana filming of Anthony Bourdain’s “No Reservations Cuba” documentary, as well as the inside scoop on a recent unprecedented island visit by ESPN – a junket that signaled a rare opening in an iron-clad wall long blocking the national sport from probing by the foreign media. Also revealed is the intriguing tale of how in February 2001 the author himself became the first American in over a half-century to be interviewed on the topic of domestic baseball by primetime Cuban national television. With the book’s concluding chapter Bjarkman analyzes and clarifies developments behind recently announced changes in Cuban player salaries and related lightening of restrictions on players traveling abroad.

Bjarkman’s personal accounts provide a lucid window into the rocky evolution of Cuban baseball – stretching from the reintroduction of wooden bats and the initial Olympic triumphs of the mid-nineties to the troubling new millennium scenes of the 2000s, an epoch marked by increasing player defections, sliding international stature, and an island-wide economic collapse that today threatens island baseball’s very survival. In many ways the contemporary Cuban League parallels the lost spectacle of pre-WWII stateside Negro league baseball. All we now own of that murky Blackball universe is a handful of sketchy oral histories too often cheapened by mind-stretching exaggerations, overzealous nostalgia, and the lack of first-hand accounts from a contemporary mainstream sporting press. What American observers now possess of the Cuban baseball scene is a similar shroud of mystery and misunderstanding stemming from Washington’s half-century Cold War blockade of Castro’s realm. But imagine for a moment some miraculously unearthed contemporary report carefully penned by an outside observer who painstakingly captured realities of the lost 1930s-era Negro leagues scene in Chicago, Kansas City, Pittsburgh, or Birmingham. That is precisely what veteran author Peter Bjarkman now places before North American readers, scholars and historians for the frequently misunderstood and heavily romanticized world of contemporary Cuban baseball. 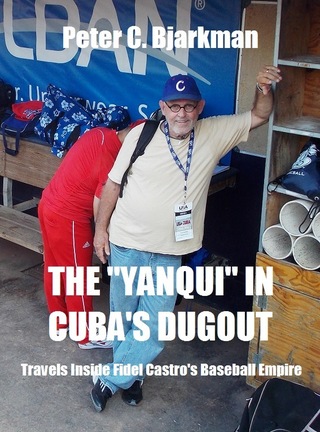 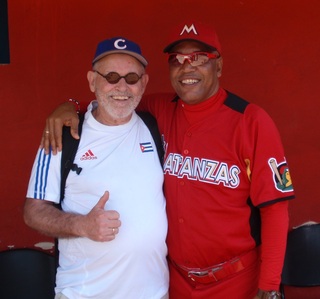 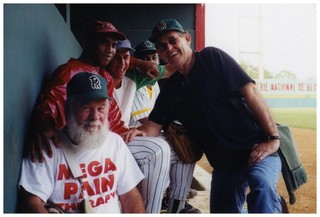 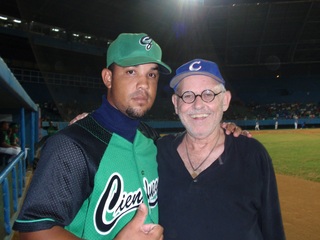 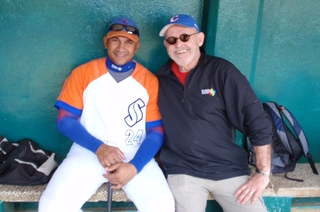 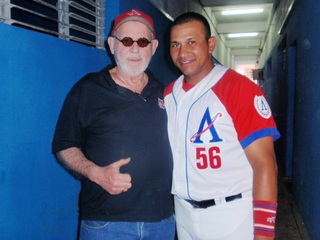 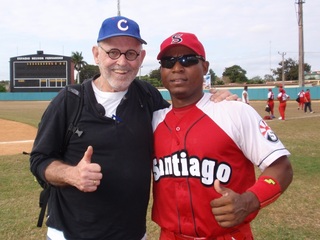 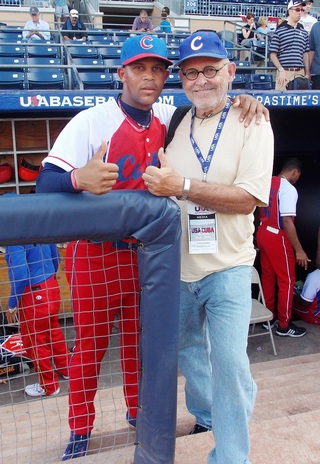