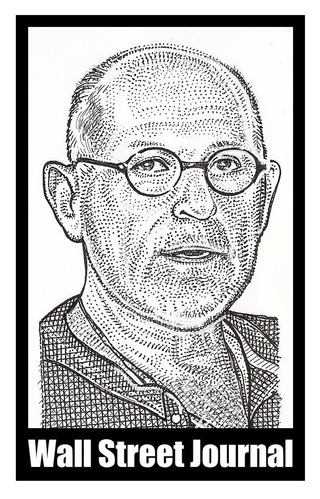 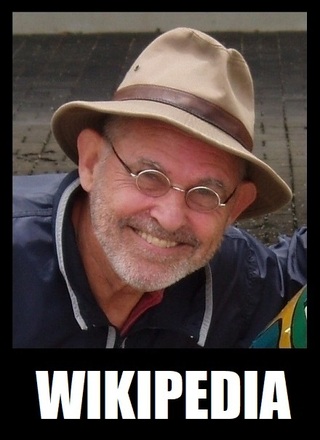 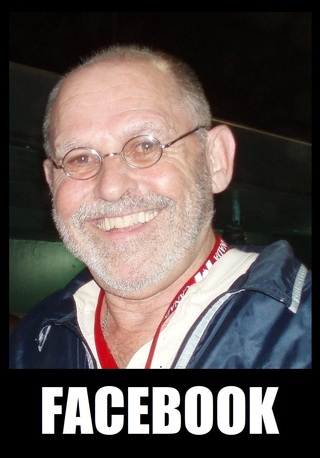 "All men dream, but not equally. Those who dream by night in the dusty recesses of their minds wake in the day to find that it was vanity: but the dreamers of the day are dangerous men, for they may act their dream with open eyes, to make it possible. This I did." — T. E. Lawrence (aka "Lawrence of Arabia")

PORTRAIT OF THE AUTHOR 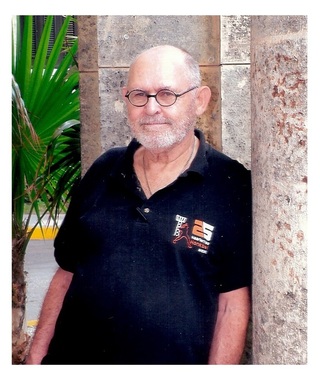 PETER C. BJARKMAN (born in Hartford, Connecticut, on May 19, 1941, and died in Havana, Cuba, on October 1, 2018) is author of 40-plus books on sports history, including academic histories, coffee table pictorials, and biographies for young adult readers. He is perhaps best known in recent years as the leading authority on post-revolution Cuban League baseball and is also the first American to write regular columns and analysis on two "official" Cuban League baseball websites. His 2007 book, History of Cuban Baseball, 1864-2006 (McFarland & Company), is universally recognized as the definitive work treating the history of Cuba's national pastime.

Bjarkman's earlier pictorial history of Cuban baseball entitled Smoke: The Romance and Lore of Cuban Baseball (1999, Total Sports, with photographer Mark Rucker) is widely recognized as a landmark achievement in the field. His more recent volume, Diamonds around the Globe: The Encyclopedia of International Baseball (2005, Greenwood), was winner of The Sporting News-SABR Baseball Research Award and a finalist for Spitball magazine's CASEY AWARD as "Baseball Book of the Year." Bjarkman's 1994 study, Baseball with a Latin Beat: A History of the Latin American Game (McFarland), earned the Macmillan-SABR Baseball Research Award. He was a frequent radio/television guest and invited speaker on international baseball, plus a regular columnist for the Spanish-language monthly periodical Béisbol Mundial (New York).

Bjarkman—who split his year between Lafayette, Indiana; Zagreb, Croatia; and Havana, Cuba—traveled extensively throughout Cuba (30-plus visits) over the past decade and was the first American interviewed extensively about Cuban baseball on Cuban national television (2001-2005) during the 45-year history of the Cuban Socialist Revolution; at the time of his passing, he ranked as the leading authority on the history of post-1962 Cuban League and Cuban national team baseball. Bjarkman attended numerous major Olympic-style international baseball tournaments over the past ten years and recently covered Baseball World Cup XXXVI in The Netherlands (September 2005) for the Prensa Latina (Havana, Cuba) English-language website and the MLB World Baseball Classic (March 2006) for the Spanish-language magazine Béisbol Mundial. Bjarkman wrote and lectured in both English and Spanish. He was recognized posthumously with a SABR Baseball Research Award in 2019 for his final book, entitled Fidel Castro and Baseball: The Untold Story, published in December 2018 by Rowman & Littlefield.

Bjarkman was a member of The Author's Guild (2006) and SABR, the Society for American Baseball Research (since 1987). 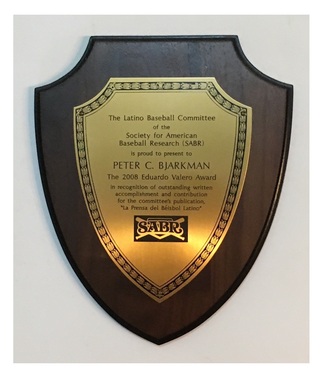 2005 Finalist – Spitball CASEY Award (for Diamonds around the Globe: The Encyclopedia of International Baseball, Greenwood Press, 2005)

1994 Winner – Macmillan-SABR Baseball Research Award (for Baseball with a Latin Beat: A History of the Latin American Game, McFarland & Company, 1994) 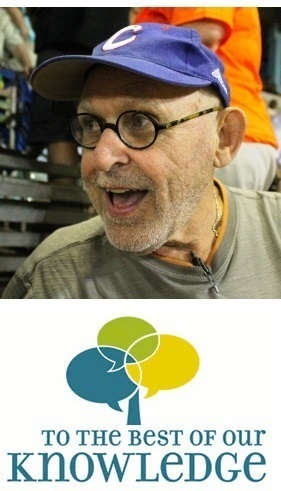 Peter Bjarkman talks about relations with Cuba and USA-Cuba baseball detente with NPR's Steve Paulson on "The Best of Our Knowledge" (May 24, 2015). Click the image to link to the podcast.