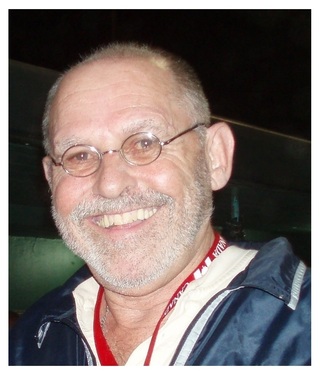 "A writer is someone for whom writing is more difficult than it is for other people."  — Thomas Mann, Nobel Prize Winner 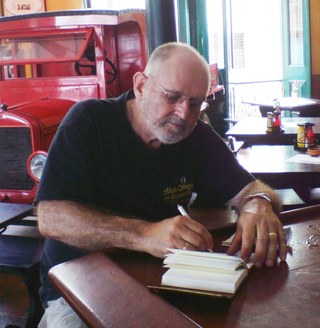 Over the past decade and more, Peter Bjarkman has focussed on covering baseball on the communist island of Cuba, both as historian and journalist. His most recent books trace the island's rich history with the sport which is perhaps more a "national pastime" in Castro's Cuba than in any other nation. Bjarkman's work on Cuban baseball has not only included books but numerous print and on-line articles and he has traveled to numerous international tournaments to cover the Cuban national team across Latin America, Europe and Asia for www.BaseballdeCuba.com and other internet sites. His earlier work, however, also produced books on big-leaguie baseball (including team histories), basketball history (NCAA and NBA), and sports biographies (baseball and basketball) for young adults. His work has also appeared in a number of translated editions in Spanish, French and Polish languages.

In this important and ground-breaking new work Chadwick Award Winner Peter Bjarkman establishes the baseball side of Fidel Castro's immense legacy. Covered here is the mythology of Fidel Castro as big league pitching prospect, the actual role of Fidel in guiding and rebuilding island baseball culture after the 1959 Communist Revolution, Fidel's successes and failures at "beating the Americans at their own national game," reviews of the popular literature treating Fidel's actual and fiction life, and an insightful look at how baseball's recent seeming collapse in Cuba and the flight of star players toMajor League Baseball was intimately tied to Castro's health crises, his departure from power (at the acme of Cuban baseball potency in early 2006) and his eventual death (a decade later in late 2016). 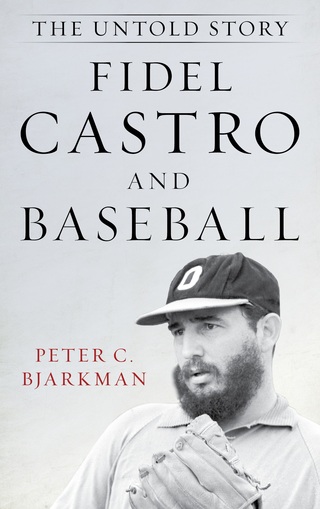 MLB’s much ballyhooed steroids scandal of the 1990s and early 2000s was largely a temporary diversion and a much-trumpeted media entertainment of the type the sport seemingly enjoys every new generation (like introduction of the lively ball, or the DH, or artificial turf, or the sport’s hijacking by television). But in the end Bud Selig’s “steroid legacy” impacted only on the game’s sacred record books and had little currency outside the small world of professional baseball. No human lives were lost or even threatened, no serious impact on the world of international politics transpired. But now that MLB has begun to sully its hands in the sordid world of human trafficking and illegal immigration a far more serious scandal has begun to emerge. 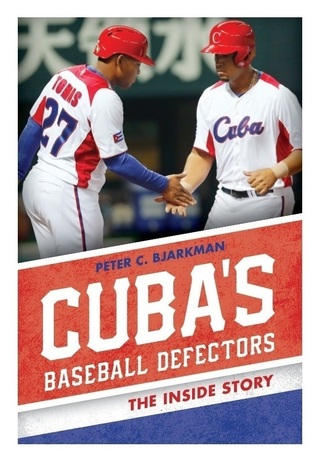 A History of Cuban Baseball, 1864-2006 (hardcover and paperback editions)

The seminal and most comprehensive history of Cuban baseball, from its origins on the island in 1864 through the 45 seasons of "amateur league" competitions and national team triumphs following the 1959 communist revolution. Details on every pre- and post-revolution Cuban season and records of all international appearances by Cuban national teams. Touted by Library Journal (February 1, 2007) as "the definitive work" on Cuban baseball and featured on Havana's RADIO COCO Cuban League website. Recipient of the 2007 Robert Peterson Recognition Award from the Society for American Baseball Research (SABR) Negro Leagues Committee. 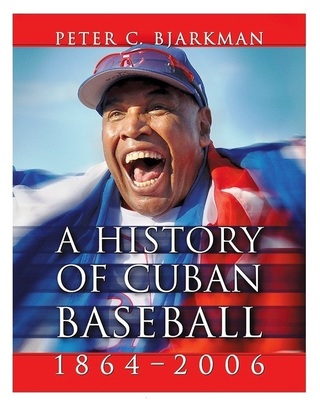 The Yanqui in Cuba's Dugout: Travels Inside Fidel Castro's Baseball Empire (in progress)

A long-awaited memoir of author Peter Bjarkman's two decades on the ground in Cuba, providing an insider's revealing details on the inner workings of Cuban baseball and offering an intimate portrait of the long-forbidden Communist bastion across its slow wind-down toward inevitable détente with the great empire to the north.

These ground-breaking English and Spanish editions (SABR's first-ever such effort) capture the mystique and colorful history of Cuba's unparalleled baseball saga across the 20th and 21st centuries. Also featured are several background essays by Bjarkman providing the necessary background on Cuban baseball lore, including a history of the post-1962 Cuban League and Bjarkman's detailed essay on the baseball contribution of the island's half-centurt leader and revolutionary icon, Fidel Castro.

An award-winning coffee table pictorial revealing the history of Cuban baseball with both rare vintage photographs and informative historical text. This book has become a valued collectible on the island of Cuba, especially among an older generation of baseball aficionados. A finalist for CASEY Award and SABR-Seymour Medal (Best Baseball Book of the Year).

Diamonds around the Globe: Encyclopedia of International Baseball

The first comprehensive encyclopedia of baseball as a world sport, with detailed histories of the game in all baseball-playing countries and coverage of all major international tournaments (Olympics, World Cup, Intercontinental Cup, Pan American Games, etc.). The first and still the only volume of its type to chronicle the international version of Cuba's and North America's avowed "national pastime." Winner of The Sporting News-SABR Baseball Research Award (2004) and Finalist for CASEY Award (2005).

Baseball with a Latin Beat: A History of the Latin American Game

The first comprehensive history of baseball in Latin America and Latinos in the major leagues, with detailed accounts of baseball in each of the major Caribbean Rim ballplaying countries. A ground-breaking book in the early 1990s and also the basis for Bjarkman's later scholarship on Latin American and Cuban League baseball. Winner of the Macmillan-SABR Baseball Research Award (1994).

Comprehensive history of one of baseball's most beloved franchises, including numerous photos and statistical summaries as well as a rich and detailed narrative text (with the book's 2013 Third Edition updated through 2012 season). Fifty years of New York Mets history colorfully documented in a single attractive volume. A half-dozen additional Bjarkman-authored team histories are also found here.

This volume is a celebration of the powerful grip that America's game has on its millions of fans, and an attempt to recreate baseball history as it lives in our memory and imagination. Four sections cover the following themes: (1) The Magic of Baseball, (2) The Art of Baseball, (3) The Baseball family, and (4) Take Me Out to the Ball Game.

An inspiring collection of short baseball fiction featuring some of the games most renowned "wordsmiths" and including the editor's introductory essay providing an early 1990's guide to the world of baseball fiction.

Bjarkman's post-academic writing career was launched in the early 1990s with a series of work-for-hire coffee table pictorials on the Toronto Blue Jays, the Cincinnati Reds, and the two manifestation of the franchise known on both coasts as The Dodgers.

The Biographical History of Basketball

Comprehension late 20th-century guide to the leading figures of NBA and NCAA basketball, plus the author's chapter-length articles capsulizing the rich history of the favorite American winter sport on both the collegiate and professional levels.

Hoopla: A Century of College Basketball

By virtually any measure, basketball in the late 20th century was becoming the nation's favored sport. More prople watched basketball at the high school. collegiate and professional levels than any other form of athletic competition. Bjarkman chronicles (in the late 1990s) over 100 years of the college game that has evolved from peach baskets nailed to the wall to today's slam dunk.in-your face, trash-talking version of American athletic ballet.

The story of professional basketball - in the large bulk of its chapters - reduces nearly to the story of the Boston Celtics. In the late Fifties through the decade of the Sixties, here was not only the first great dynasty club of the infant professional round-ball sport, but arguably the greatest dynasty in the full history of American sports.

Written in the 1990s, before his interest turned more exclusively the Cuba and Caribbean baseball, Bjarkman authored additional (most coffee table) books on such varied hoops topics as an NBA pictorial history, a pair of collegiate conference histories (Big ten and ACC), an entertaining portrait of the sport's idolized slam-duck specialists, and the emerging career of NBA big-man hero Shaquille O'Neal.

SABR's Baseball Biography Project is an ongoing effort to research and write comprehensive biographical articles on people who played or managed in the major leagues, or otherwise made a significant contribution to the sport. The project is run by the SABR's Biography Project Committee and the 4,000-plus on-line articles represent efforts of admittedly varying scholarly depth and literature quality.

Roberto Clemente is an award-winning biography for young adult readers (picked by the New York Public Library as a 1991 top choice for Young Adult Readers) and also one of four Bjarkman titles in the Chelsea House Baseball Legends Series of the early 1990s. The author's other titles in the same series include Duke Snider, Ernie Banks and Warren Spahn. Bjarkman is also author of five additional Young Adult sports titles for Enslow Publisher.

The author's work has also appeared extensively in Spanish, including numerous journal articles. Several of his books have also been translated into other foreign-language editions (Japanese, French and Polish)